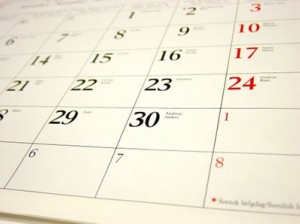 It’s kind of weird that it doesn’t mean the same thing it did a week ago.

My first week as a freelance writer has flown by. Without going into detail, I’ll just say that while it’s been nice to have the time to deal with the curve balls life throws at you, it’s been tough making the time for work. When you’re allowed to let real life be your priority, you go with it.

Of course, that’s not to say that nothing work-related got done. Not by a long shot. Today, I am much more aware of the realities of my choice to abandon steady employment, but I am also more prepared to explore my options and take them up on what they have to offer.

There’s been plenty of dull stuff, like refamiliarizing myself with writing for content sites, building profiles on various networks and freelance sites and playing with my resume. But there have also been fun things, like a talk at the public library about getting published, and a networking event (with free food, cupcakes and an open bar!) through a Grand Rapids LinkedIn group. These are things I never would have done if my career was ‘stable’ thanks to a regular employer.

I really feel like I’m doing what I’m supposed to do, and that I have the ability to put in the effort required to make this move pay off.

I’m still nervous, and I know that cash might be tight for a little while. But my confidence level is better today than it was at this time yesterday, and really, having the confidence is half the battle.

Maybe I’ll feel differently in a week. Maybe I’ll have too much work to think about it. Maybe I’ll still be staring at the lame titles I’ve claimed for the content farms. Whatever it is, I know I’ll still be convinced that I made the right choice, albeit the wrong one in the current economy.

In the meantime… anyone need a good writer?

2 Responses to Week One: