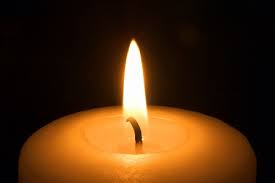 Not all that long ago, I wrote a post about the state of mental health care in this country.

Last week, a young man brutally took the lives of 20 first graders and six educators. I cannot imagine anyone doing such a thing while living in excellent mental health.

As far as I know, there is no confirmation on whether or not the shooter was officially mentally ill. Still, even if he didn’t have a diagnosis like schizophrenia or dissociative identity disorder (formerly multiple personality disorder), there must have been something seriously wrong. Taking actions that so go against biological and social programming just has to be indicative of a problem.

I’m certainly not looking to condone what he did. I simply hope that there is an explanation, and one that points to a method of future prevention, naive as that may seem.

Incidents like this can happen anywhere. The case of Sandy Hook Elementary took place in a nice town where some citizens didn’t lock their doors at night. Quaint, middle class, small-town feel, WASP locations are no safer than the deepest of inner cities when it comes to mass shootings. Historically, most of the killers are young white males, and not necessarily living in poverty. Kind of makes me feel safer in my racially diverse, low income neighborhood just west of downtown. The crime here involves stolen iPods and domestic yelling matches.

Perhaps growing up in small, somewhat isolated environments with general contentment and well defined “norms” is actually more difficult for a mentally troubled person than would be a setting with more tangible, immediate social problems. This is pure speculation on my part.

We as a society need to recognize that mental illness and emotional anguish, wherever they occur, are real and dangerous for afflicted individuals, their families and the wider community. And it’s prevalent from the top earners all the way down to the homeless on our streets. The fact that a stigma remains attached to it is as ridiculous as stigmatizing divorce or dyslexia.

Going further, it’s important to remember how little science and medicine really know about how the brain works. For example, in 1966 Charles Whitman shot and killed 16 people, including an unborn baby. The autopsy of his brain (which he requested in a suicide note – he knew something was up), revealed a tumor that was pressing on a region thought to regulate strong emotions. If only he’d asked for help before sniping from a tower at the University of Texas. Maybe he felt it would be too stigmatizing… Scary thing is any of us could wake up with one of those tumors.

While I know that mass shootings have a lot to do with mental heath care, and that guns do not shoot themselves, I cannot keep mum on the weapons factor.

For my part, I hate guns. I did not grow up around them, but I knew someone who accidentally shot himself in the head and died at the age of 19*. I understand that a blanket ban is not the answer (hello prohibition and drug trade implications), but it seems far too easy for folks to get their hands on uber-powerful weapons. Most of the guns used in mass shootings were obtained legally, and I don’t comprehend how anyone can think that no reform is needed.

And for goodness sake, all this talk implying that the second amendment means that anyone today has the right to carry a machine gun is getting on my nerves. That amendment was written in the wake of the American Revolution, when those writing the rules were hyper-aware of “the defense of the governed.” It was a radically different time, when everyday farmers feared nighttime attacks from natives, and citizen militias were run of the mill.

The founding fathers were intelligent men, but they were also slave owning deists from the 18th century. Needless to say, they would be dumbstruck by the modern weapons on the market today (incidentally, George Washington died on December 14). And those who want to store their weapons in preparation of protection from the government… I’m certain that tanks and drones will be more than a match for anything one can store in their basement or bomb shelter. In the meantime, how many of those guns are ever used to stop a murdering thief? Now how many are the unfortunate tools in a home accident?

Again, I’m not saying no one should have a gun ever (although I wish that were possible). It’s simply not realistic, and it was the gun of a police officer that stopped Charles Whitman. They have their place. I myself hold an appreciation for responsible, respectful hunting, and would probably try it if I ate meat. But we should think seriously about the impact guns have on society, and how we allow them to be distributed. I don’t see that as an extreme conversation, but simply a proactive one.

Finally, you may notice that I’ve not used the name of the Sandy Hook shooter. I’m concerned that focusing on such individuals glorifies them in a way – cements their legend, so to speak. Remember the victims, ignore the killers. I read somewhere that treating the shooters with obsessive scrutiny only ensures that they’ll be remembered as monsters – which might, to them, be better than being remembered as a nobody. Of course, for that to work, each successive shooting spree will have to be more horrific than the last. I don’t want to envision something worse than gunning down 20 first graders.

So turn off the news, forget the shooter’s name and reach out to someone who is outcast, sad or downtrodden. If you have a gun, keep it locked away unless you really need it, and think carefully before placing it in the hands of anyone who seems unhappy.

In closing, my daughter Iris turns nine months old today. I admit that I’m glad she’s no where near six or seven. I think the past few days would have been much harder for me if she were. Still, I found myself hugging her more often this weekend, telling her out loud that she was beautiful and that I loved her. I also thought of those I know who work in education, which includes my mom, the husband’s father, several friends and distant relatives. I hope today is memorable yet manageable in their schools.

There is no excuse for something like this to happen in the United States of America. I am ashamed of how often we gloss over the violence toward children in other countries, but to accept it in our (outrageously fortunate) land is unthinkable.

*Originally, I’d stated that the gun used was legal and the victim 18. I found later that I misunderstood. It is not known if the gun was legally purchased, and he was 19. I apologize for any confusion.