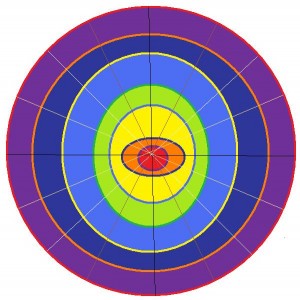 This passage was referenced in a talk I heard recently, and it struck me that this should be a tactic adopted by anyone looking to progress humanity.

Duh, I know. Seems really obvious. Still, the context in which I heard the quote was interesting. I think there are two ways we can look at this:

The speaker I was listening to was promoting the second ideal, of course on the premise that the included party is not causing harm to anyone, but simply living life in the way that makes them happy. The point this speaker was making is that a truly open community, a place that claims to welcome anyone no matter their age, race, religion, sexual orientation, background, gender and political stance, as well as how they choose to live out these aspects in their life, is the progressive ideal.

In my mind, history speaks to this. There was a time when it was not uncommon to believe scientific fact and moral code supported the idea that non-Caucasian people were second class. Other things that used to automatically make someone of less worth? Being female, not being the oldest son, being born poor… things one has no control over. I realize that in reality these factors can still make a difference. However, I think most would agree that letting women and black people vote, not favoring an eldest son by law and the education of all socioeconomic classes have been moves for the better.

Chronic division among people leads to things like the crusades, the Holocaust, lynchings of slaves and gay teens. You can not make the world better by telling people that certain things that make them who they are are wrong or lesser.

My point is that accepting people for who they are – straight, gay, male, female, Christian, agnostic, white collar or blue – is good for society. Even if you think some of the items on that list are a choice, they are likely choices people make because they feel it is the best thing for them. Encouraging people to be fully who they are can be nothing but beneficial for humanity as a whole.

That’s all – not necessarily deep or original, but something to think on nonetheless.