Freelance Fees: How Low Can You Go? 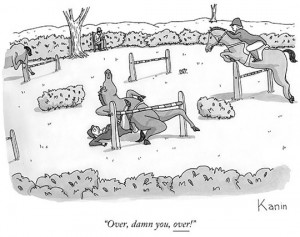 I would not call myself a brilliant bargainer by any means.

Like so many women in the workforce, I have no real background or education in being aggressive when it comes to what I deserve for compensation – it’s more about being grateful for what’s offered and not rocking the boat or seeming unappreciative.

As a freelancer, I’m learning to demand the same from my clients. It is ridiculous to expect anyone to work for less than $10 an hour (despite the current minimum wage), especially if the work they do requires specific skill and professionalism.

That’s why I am not going to bid on a project I was invited to earlier this week. The client wants to pay $3 for 400 word articles, an obscenely low rate. Now, if those articles can be churned out in 20 minutes, allowing the writer to earn $9 an hour, it at least verges on maybe, aaaaalmost viable as a considerable project in a pinch. But for a decent 400 words, and no doubt some basic research, 20 minutes just isn’t enough time.

The client justifies this low fee by saying that he/she needs at least six to 10 articles a day, seven days a week, and so the regularity would make up for the crappy pay… Um, so because you want me to spend more of my time (a lot of it, actually) working for/communicating with you (and less time finding decent work), you are reasonable in paying me $5 an hour, if that? No. You are not.

The only people that should agree to such a deal are those with no writing background or education – it’s the way to start at the bottom and get some experience under your belt. But for me and most other writers I know, who have background and a degree (which we still make payments on), it’s a waste of time. I don’t think I could even write with the speed and low quality such a shameful fee deserves. It’s like asking a doctor to do a sub par operation… okay, maybe not quite the same, but you get the idea. It ain’t right! If your job description calls for high quality and flexibility (and “not based in India!” Seriously…), be prepared to pay for that service.

Maybe this gets at a beef I have with the Internet in general – because of its open nature, which I think is fabulous, anyone can be a writer. It’s no longer seen as a learned skill. And there are some people with a lot of natural talent out there. But again, you can’t assume it’s alright to pay a professional less than they could make with a lemonade stand. Then again, I didn’t become a writer to get rich, at least, not any time soon.

I did my time as an underpaid door mat waiting tables for eight years (tip those people well – they work hard!). I’m not doing it now to boost the traffic of a soulless content grubber.

2 Responses to Freelance Fees: How Low Can You Go?